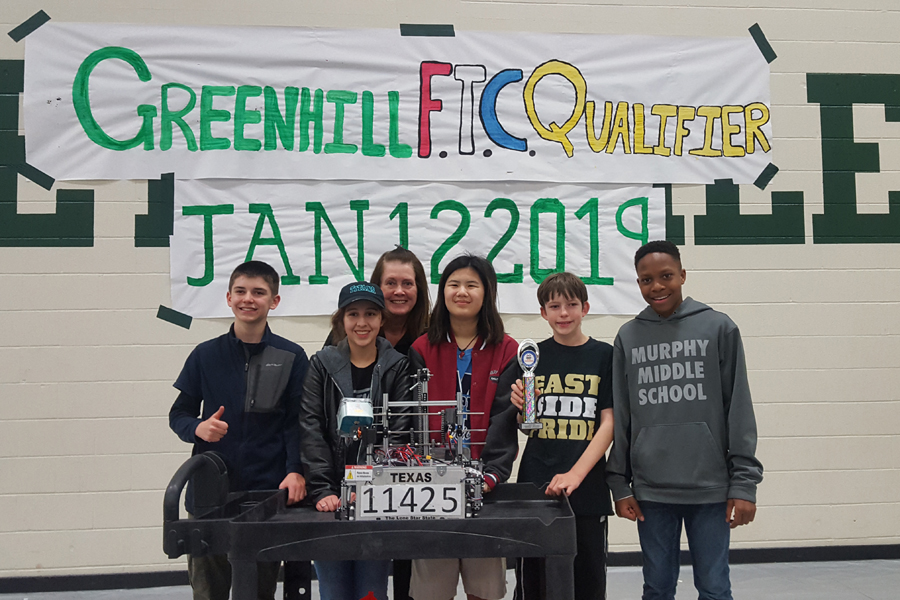 A group of eight local middle school students are on their way to the North Texas Regional Robotics Championship.

The robotics team from Murphy Middle School took home first place in the qualifier at Greenhill School in Addison on Jan. 12. Although the members are only in seventh and eight grades, they competed against 23 high school teams and one other middle school, and still managed to come out on top.

According to club sponsor Colleen Feil, the tournaments are part of FIRST Robotics Competition.

“Since this is the 50th anniversary of the moon landing, the FTC (First Tech Challenge) is space related,” she said. “There is a 12×12 arena, in the center is a standing replica of a lunar lander. When the competition begins, the robot is hanging from the side of the lander. The robot is programmed to deploy to the ground and move minerals from the surface and a crater in one corner of the arena to a depot in another corner of the arena, and then go back to the crater. After 30 seconds the team driver can pick up the controller and the robot can move more minerals to the depot or deposit them in the lunar lander. An entire match takes two minutes and 30 seconds. There are about 32-34 matches in a qualifier and each team plays in five matches at a competition.”

For the full story, see the Feb. 14 issue or subscribe online.