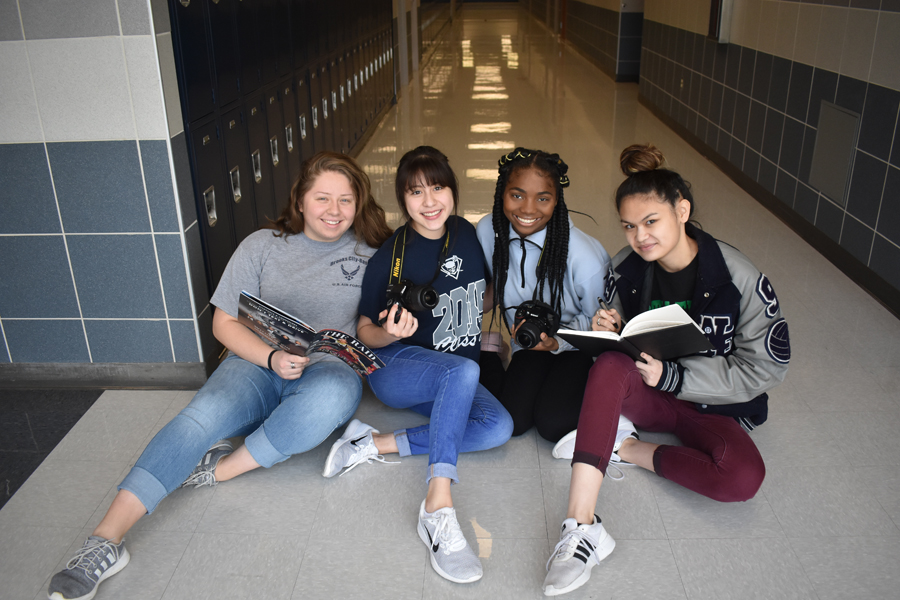 Although the face of journalism has changed in recent years, the field is drawing increased amounts of tech-savvy young people who grew up with cameras and computers at their fingertips.

The journalism program at Wylie East adds more students to its numbers every year, but only four seniors will continue their studies in college: Ashley Survillion, Melissa Wrobel, Valeria Herrera and Maddie Smith, the yearbook’s editor in chief. Maddie has also interned at The Wylie News since August 2018.

They stayed with journalism because of their love for storytelling, although their own stories couldn’t be more different. Ashley has wanted to be a writer since childhood, while Maddie wanted to be a YouTuber and hoped to learn more about cameras. Melissa wants to work in public affairs for the Air National Guard, which requires a journalism-related degree. Valeria, on the other hand, entered the program due to a counselor’s encouragement.

Each student has participated in Wylie East journalism for three years and, between the four of them, written and taken pictures for all school publications.

For the full story, see the Jan. 31 issue or subscribe online.