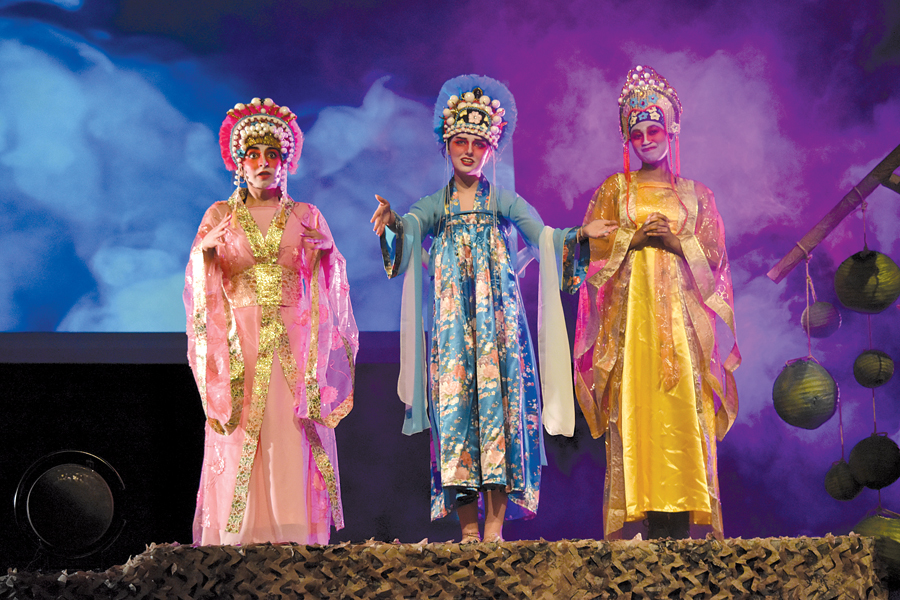 According to director Polly Harrison, 400 audience members attended on Thursday and 500 attended on Saturday.

“Peter and the Starcatcher” tells the origin stories of several characters in J.M. Barrie’s “Peter Pan.” The characters are shipwrecked on an island and must find a trunk full of lost starstuff, a substance that allows people to fly. In the play, the characters Molly (Savannah Fuller), Prentiss (Mason Bowling), Ted (Cade Sturgeon) and Peter (Alvaro Velazquez) band together during the search, as do pirates Black Stache (Tyler Casebolt) and Smee (Benjamin Stegelmann).

Theatre members of Wylie East produced “The Good Woman of Setzuan,” written by Bertolt Brecht and translated by Eric Bentley.

The play follows a young woman named Shen Te, played by Emilie Johns. When the gods reward her with a tobacco shop for her generosity, she is forced to assume a male alter ego in order to stay in business. She finds herself on trial at the play’s close and the conclusion is left up to the audience.