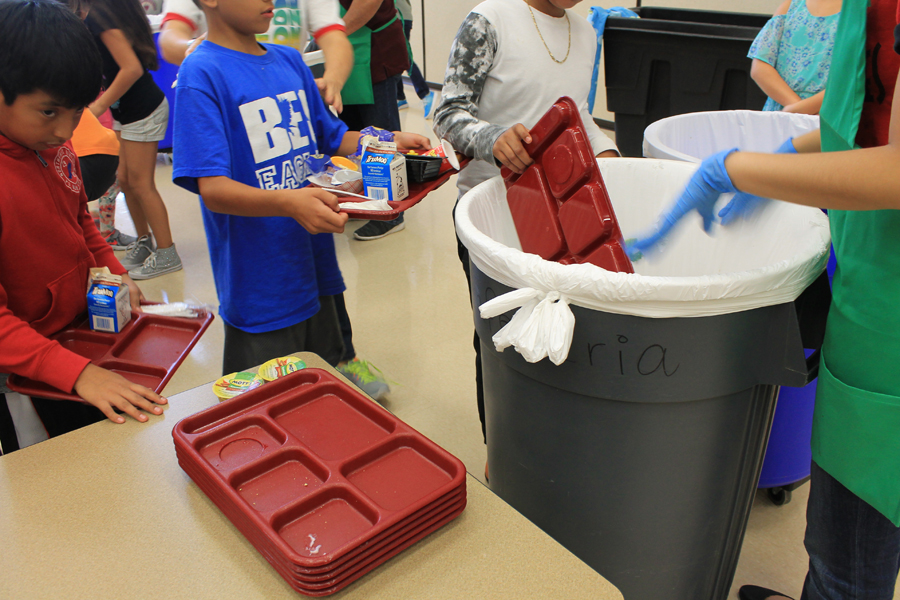 Wylie Independent School District is working to cut down on waste one school at a time.

Student nutrition officials implemented Share, Shake and Stack at the beginning of the semester. This new program has students follow three steps that reduce trash in cafeterias.

The first school to utilize Share, Shake and Stack was Burnett Junior High. Bush Elementary followed the week of Sept. 4.

“We’re hoping to grow out gradually, but it may take this year and into next year,” said Dawn Lin, director of student nutrition. “The students at Burnett, over the course of five days, saved over 140 trash bags. We always ask how we can divert food rather than have it in a landfill.”

“Share” refers to a table for students to donate unwanted, unopened snacks or drinks for other classmates to grab. At the end of the lunch period students shake their leftovers into trash or recycle bags, and then they stack their trays.

Younger students use Styrofoam trays and stacking them drastically cuts the number of trash bags used, according to Lin.

“Working on the behavioral side of recycling is always kind of a challenge, but if you start children at a very young age, just like habits and chores around the house, it becomes like second nature,” said Marcia Coker, WISD facility manager. “That’s our whole intention – not only focusing on the fact that it’s an environmental impact but it’s teaching kids to be responsible.”