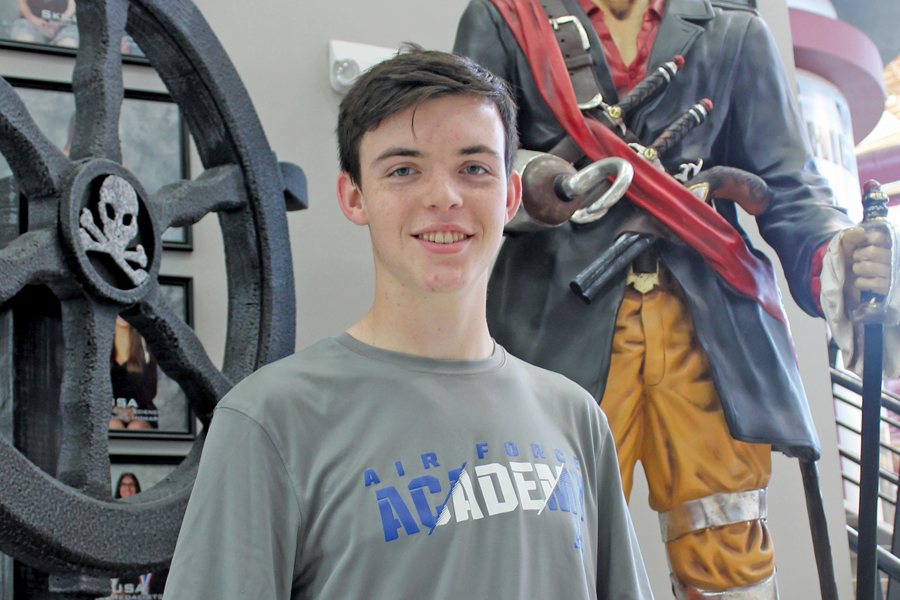 A second Wylie Independent School District student, Aidan Gardiner, received word this month that he aced the ACT college admissions test with a perfect score of 36.

Gardiner, 17, is a junior student at Wylie High School and the son of John and Heidi Gardiner of Murphy.

The student also came close to posting a perfect score on the SAT with a grade of 1,570 out of a maximum possible 1,600 score. Gardiner moved up from third place in his WHS class academic ranking to first this spring and has a 4.0 grade point average on an unweighted 4.0 scale.

A perfect score is 36 on a test that measures English, mathematics, reading and science. Only 2,730 students out of more than two million graduates who took the ACT in 2017 made a perfect score.

“I don’t spend a lot more time studying than other students,” Gardiner said. He explained, though, that he uses his time in school judiciously without distractions, such as social media.

To prepare for the ACT, which he took in April, the student utilized a free study application he downloaded to his cell phone, and also used a study guide and practice tests provided by ACT.

Main benefit to the test prep, Gardiner explained, is to become familiar with how test problems are worded.

The WHS junior student would like to attend the U.S. Air Force Academy in Colorado Springs, Colo. and has started the application process. Next month he will attend a weeklong seminar at the academy.

“The air force, in general, is more technical than the other military branches,” he says of his interest.

For the full story see the May 24 issue or subscribe online.