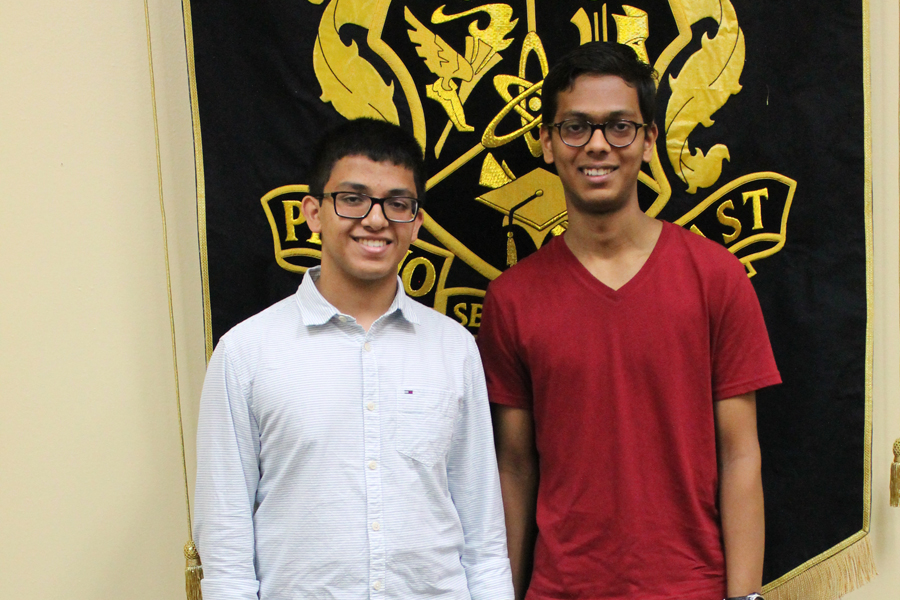 The goal of the valedictorian and salutatorian at Plano East Senior High School was not to claim the top two academic spots in the Class of 2018, but to improve and do their best.

Finishing their public school careers at the top were valedictorian Rahul Hayaran, posting a 4.68 grade point average, and salutatorian Mohit Gupta, with a 4.67 GPA.

“It never was a goal. Rank is just a number at the end of the day,” Hayaran said. “I just worked to keep improving.”

The valedictorian was ranked third in his class through his junior year, moved to second last fall and overtook Gupta this spring to earn valedictorian honors.

He will attend the University of California at Berkley in fall to begin work on a double major that combines technology (electrical engineering and computer science) and entrepreneurship. There were only 51 students accepted to the program.

The valedictorian is the son of Roma and Sanjai Hayaran and moved with his family to Plano in 2006. He was born in India and lived in Japan and the United Kingdom before coming to Texas.

At PESH he was captain of Whiz Quiz, a mentor in Laser science and engineering research club, secretary of Computer Science Club, Pan American Student Forum chairman in Spanish Club and a member of National Honor Society and Plano History Club.

He credits his academic success to a simple formula of working hard in every class.

Gupta will attend the University of Texas at Austin in fall to study electrical engineering.

“I want to work at a technology company developing machines that don’t exist today,” he explained.

The salutatorian was the top ranked student at PESH his freshman year, dropped to second as a sophomore and reclaimed the top spot until Hayaran claimed it late in their senior year.

“It is not what drove me to succeed,” he said. “I just wanted to do well.”

Gupta is the son of Anil and Poonam Gupta and attended school in Plano from kindergarten forward.

At PESH, he was a member of the percussion section in the band, a National Honor Society officer and History Club president.