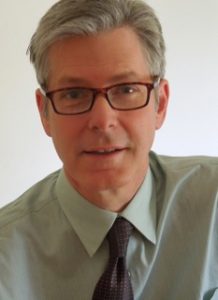 While damage estimates continue to increase, at least 45,000 people have moved to public shelters, more than 100,000 homes have been destroyed and the death toll is rising.

On Aug. 25, President Donald Trump declared a major disaster exists in Texas. He ordered federal aid to supplement state and local recovery efforts in affected areas. Assistance may include grants for temporary housing and home repairs, low-cost loans to cover uninsured property losses and other programs to help individuals and business owners recover from the effects of the disaster.

Also, Trump said, federal funding is available to the State of Texas and to eligible local governments and certain nonprofit organizations on a cost-sharing basis for emergency work in designated counties. More counties and additional forms of assistance may be designated after the assessments are fully completed, according to a White House bulletin.

On Aug. 28, Gov. Greg Abbott activated the entire 14,000-member Texas National Guard in response to Harvey. On Aug. 31, Abbott added some 10,000 National Guard troops to help, bringing the estimated total to 24,000. Those deployed forces, along with contingencies of first responders, ordinary citizens and every branch of the U.S. military, remain in the area, assisting in search and rescue efforts.

Even after rains ended on Aug. 31, standing and running water covered a huge region of Texas, impeding efforts to restore the power grid. Various officials warned that Texans should be prepared for a long recovery process. Recovery cost estimates already stand at more than $150 billion. As a point of perspective, the Texas Economic Stimulus Fund, widely referred to as the “rainy day fund,” is about $10.3 billion, according to the state comptroller’s office.

Storm claims to be paid

The Texas Department of Insurance on Aug. 30 reassured Texas policyholders that storm claims will be paid and that the agency will enforce state laws and policy provisions aggressively to protect victims of Hurricane Harvey and the widespread flooding that followed.

“The claims filing process and deadlines aren’t changing September 1,” the agency stated in a news release. “House Bill 1774 from the last regular session does not change how homeowners file a claim, deadlines to file claims, or how insurers process claims. It also does not apply to claims with the Texas Windstorm Insurance Association or the National Flood Insurance Program.”

Furthermore, property owners with covered damages maintain the same rights to an insurance claim whether they file their claim before or after September 1.

Chief U.S. District Judge Orlando L. Garcia of San Antonio on Aug. 30 forbade the State of Texas from implementing Senate Bill 4, controversial immigration reform legislation passed by the Texas lawmakers in May and signed into law by Gov. Abbott in June.

SB 4, also known as the “sanctuary cities” and “show me your papers” bill, was scheduled to take effect Sept. 1. In his 94-page ruling finding parts of the law unconstitutional, Judge Garcia sided with plaintiffs in enjoining local and state law enforcement agencies from complying with, honoring or fulfilling any immigration detainer request issued by U.S. Immigration and Customs Enforcement.

Gov. Abbott decried the ruling, saying, “U.S. Supreme Court precedent for laws similar to Texas’ law are firmly on our side. This decision will be appealed immediately and I am confident Texas’ law will be found constitutional and ultimately be upheld.” Texas Attorney General Ken Paxton’s reaction was in line with the governor’s statement.

On the other hand, State Rep. Evelina Ortega, D-El Paso, welcomed the ruling, saying SB 4 “has already brought fear among our significant Latino population” and “Texas should be promoting safety and cooperation among of its residents and our local law enforcement, especially in times of crisis as we are currently experiencing with Hurricane Harvey.” El Paso County and the City of El Paso are among many plaintiffs challenging SB 4 in the case, titled City of El Cenizo et al. v. State of Texas et al.