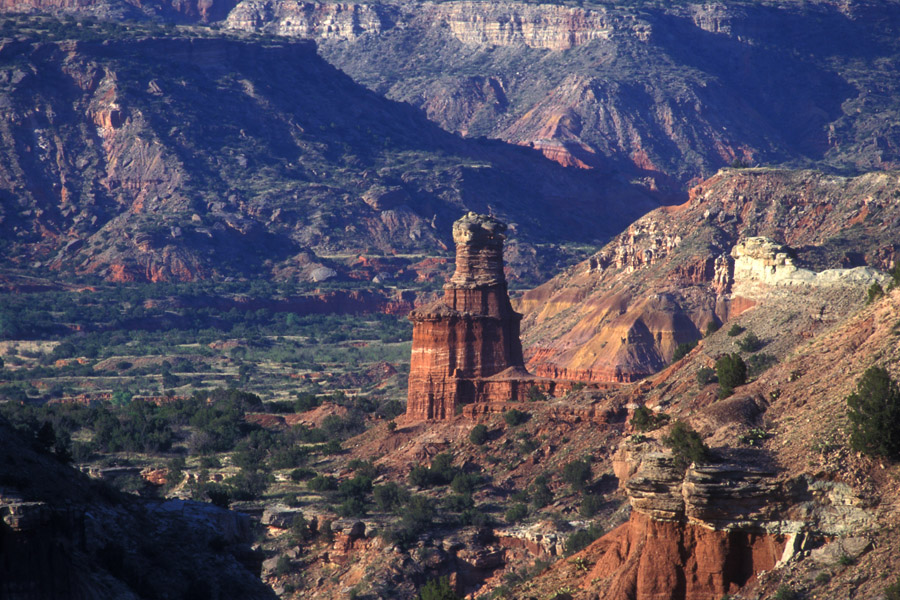 You think you know all there is to know about traveling in Texas, don’t you? You’ve been to the beach at Padre and visited the Hill Country. You may have even spent some time in the Piney Woods and you know out west of Fort Worth there is desert, mountains and not much else. But have you been to the panhandle just south of Amarillo? Maybe you have passed through on your way to the ski resorts in New Mexico and Colorado without giving the area any thought about it being a vacation destination. Time to change your way of thinking. This area is a must see.

Why, you ask? Palo Duro Canyon State Park. Located just 30 minutes south of Amarillo, Palo Duro (which means hard wood in Spanish) is the largest canyon in the State of Texas and second in size behind the Grand Canyon in Arizona. Spanning 120 miles in length and 80 miles in width and 800 feet deep, the canyon will leave you in awe of nature’s ability to transform simple rock into a place of sheer beauty.

Spending time in Palo Duro brings you not only closer to nature but puts you in touch with time long ago. Native Americans inhabited Palo Duro long before explorers discovered the rugged beauty that is one of this nation’s best kept secrets. Using the high walls for protection from the elements and enjoying the plentiful wild game the canyon provided, the Native Americans called Palo Duro home for many generations.

In the late 1800s Charles Goodnight operated a private ranch in the canyon taking advantage of the natural benefits the canyon offered, much like the Native Americans before him, running cattle on the abundance of grass in the canyon. In 1933, the land was donated by private families to the US Government and preparations for a state park began immediately. The park was opened July 4, 1934 welcoming visitors to explore the steep walls and lush canyon floors.

Wildlife is plentiful inside Palo Duro. Wild turkeys, deer, coyotes, and rabbits can be seen as well as rattlesnakes, so watch your step. However, don’t let that keep you from hiking the trails and seeing the canyon from an off-road perspective. Take time to hike the trail leading you to the Lighthouse formation, but before you head out to explore the canyon, stop by the visitor’s center and pick up a Junior Naturalist program for your kids. Activities inside will keep them occupied during the visit and if they are able to mark off the required number of items for their age group, they will earn a commemorative patch (great for Scouts).

For the full story see the Aug. 24 issue or subscribe online.