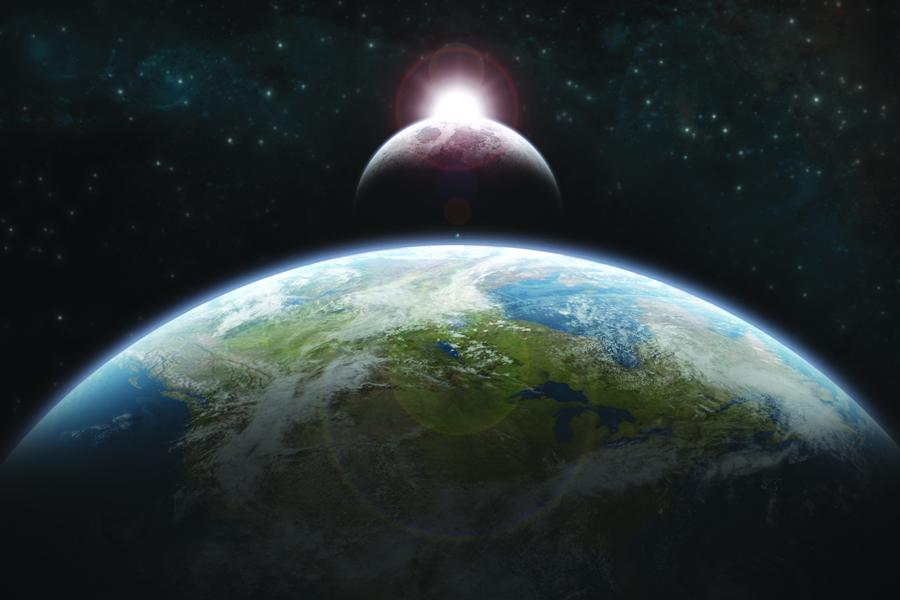 A total eclipse of the sun crosses the United States from coast to coast Monday, Aug. 21, and although North Texas residents will not see the sun totally obscured by the moon, they can witness a partial eclipse of about 75 percent coverage, still an impressive sight.

Path of the total eclipse is 70 miles wide and crosses the country from Oregon to South Carolina, taking just 1:33 hours to complete its overland path. Next total solar eclipse to cross the United States will occur April 8, 2024.

Because of its rarity, 1,250 students at Murphy Middle School will watch the eclipse through special glasses outside the school. MMS Principal Matthew Conrad said the school PTA purchased eclipse-viewing glasses for each student.

Prior to viewing, the students will gather for an assembly to go over safety precautions.

Boggess Elementary will get in on the eclipse viewing as well, according to Principal Arron Moeller.

Students will view the eclipse using certified glasses or a pinhole projector. They will also integrate the event into the day’s curriculum and watch live steaming coverage of the eclipse provided by NASA.

“We are looking forward to making this once-in-a-lifetime event meaningful for the students of Plano ISD,” Moeller said.

Over at Plano East Senior High, AP Environmental Science/AAP Biology teacher Kristi Shapiro said she has plans to view the eclipse and work it into her lesson plans.

For anyone interested in seeing the solar eclipse, remember viewing it with the naked eye is dangerous. The sun’s ultraviolet rays can permanently damage eyes in a few seconds, so a number of safe viewing options are recommended.

The sun’s light and the image of the moon crossing in front of the sun can be projected using household items. A simple card projector can be made by making a tiny hole in a sheet of cardboard (a paper plate works well) and holding that sheet directly between the sun and a second sheet, giving an inverted image of the eclipse. To make the image bigger, hold the sheets of cardboard further away from each other.

A pair of binoculars can be substituted for the sheet of cardboard with the hole by projecting the eclipse through the binoculars onto a flat surface.

To view the eclipse directly, use eclipse glasses or approved solar filters. Regular sunglasses will not block enough light. Eclipse glasses contain filters of a thin layer of chromium or silver on their surfaces that block out most of the ultraviolet and infrared light. Several area stores are selling eclipse glasses.

Smith Public Library in Wylie purchased 200 pair of eclipse glasses and will be giving them away from 10 a.m. until 5 p.m. Friday and Saturday, Aug. 18 and 19. Librarian Rachel Orozco pointed out that the glasses are available only to individuals and their immediate families because not enough pairs are available to supply large groups.

“We’ve had adults call. It’s not just for the kids,” Orozco said.

Throughout this week, Aug. 14-19, the library is holding an eclipse scavenger hunt for children in which images are hidden in the juvenile section. Completed hunts can be turned in for a prize at the Children’s Desk while supplies last.

A Teen Eclipse Quiz also is being held this week for library patrons ages in sixth through 12th grades. Teenagers are invited to come to the Teen Room to complete the quiz and earn a prize, while supplies last.