How many will it take? 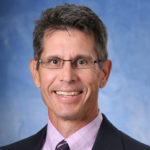 Let me start out by saying ‘I don’t mind paying my taxes.’ As long as the amount due is fair, reasonable and the people in charge of spending the money I’m paying are as diligent, prudent and thoughtful as I when doing so.

I also believe it is the right of every citizen and taxpayer to be heard and their comments taken seriously by any person who has made the decision to serve on a council, school board or other taxing entity.

Therein lies the question. How many will it take?

This question has three parts for the sake of this opinion piece. It also only pertains to property taxes.

The first part of the question concerns the public who I’ll call individuals. Individuals have an opportunity to make public comments. All taxing entities offer a time for the public to voice their opinion about a tax rate before it is adopted by that entity.

How many individuals does it take to make a significant impression on those sitting behind the dias?

The second part of the question has to do with opening your annual property appraisal. How many times does it take for a taxpayer to open their property tax valuation and finally decide to do something about the amount of the appraisal?

The third part of the question is similar to the first, but it involves the other component of property taxes. The tax rate handed down by the taxing entity. The county, school, or city for example, is the taxing entity to which I am referring. You have to have both a valuation and a tax rate in order to get a tax due.

Almost always, when it comes to an area with rising property taxes, the people doing the valuation put the burden of the final tax due on the people setting the rate. In Collin County, the Collin Central Appraisal District sets the valuation. Your city, school district, county college and county government set the rate.

So, the third part of the question is how many times does it take an individual to be exposed to a rising tax bill before they decide to voice a public opinion? A public opinion involves either calling, or appearing in front of, elected officials to voice concerns.

Every year this newspaper reports the county appraisals, local tax entities’ budget processes and their subsequent adoption of their tax rate. Every year we offer explanations from local governments as to why their budgets are changing. Every year I wonder if local citizens will respond to their taxes being pushed higher and higher.

This year I’ve noticed a difference. People are taking notice of their escalating appraisals and higher taxes and they are starting to express their concerns. There are justifiable reasons for increases in appraisals and, in some cases, increases in tax rates. But individuals should hold taxing entities accountable for carte blanche budgeting.

Do elected officials pour over budgeted expenditures as if they were coming out of their own checkbooks? What about taxpayers? Don’t they deserve lower taxes?

Apathy by individuals about local government manifests government’s disregard of their fiduciary responsibility of taxpayer funds. Showing up, making calls and asking questions is an important part of holding government accountable.