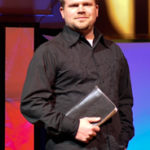 I’m probably the last guy to discover this story. I recently watched the movie Hacksaw Ridge, a film directed by Mel Gibson. As usual Gibson brings a gritty, real-life depiction of war, as he does with other movies he has directed. I would not suggest the film for families or children. Yet, what captivated me was the main character of the story Desmond Doss. Doss joined the Army like many of his peers of that era. He was a medic in World War II. He saved 75 men in the South Pacific Theater of the war at a place called Hacksaw Ridge; yet, he was a conscientious objector to the war. Doss was first and foremost a Christ-follower. He refused to pick up arms to take another human life because of his conviction to uphold the sixth commandment, “Thou shall not kill.” He desired to please Christ with his life, but wanted to serve his country and his fellow soldiers. There were people like my grandfather, who were Christ-followers in the same war and same theater that picked up arms to defend freedoms, while Doss refused. This article is a not an endorsement for or against conscientious objection. It is an article to challenge us to consider what are our convictions. What are those things that we hold dear? What can a man like Doss teach us about living out our faith in a world that does not understand our personal Christian convictions?

First, biblical convictions are personal. The great theologian Augustine is credited with the phrase, “In the essentials, unity. In the non-essentials, liberty. In all things love.” Without a doubt, there are some essential truths that all Christians must unify around. The biggest being that salvation is by faith alone and by Christ alone. Yet, there are many personal convictions that might differ from believer to believer. These are the non-essentials. For instance, some people educate their children in public schools and other private schools. Both are valid options for educating one’s children. Yet, in both cases, parents must have a personal conviction about which is ‘right for them’. One is not better than the other. Point being, figure out what are your personal convictions and what are the ‘non-essentials’.

What I appreciate about Doss is that he never claimed that his convictions should be everyone else’s convictions. He wanted to keep accord with his fellow soldiers, even though they may not have agreed with him. Christians should learn from this example. We may not all read the same version of Bible, take the Lord’s Supper in the same manner, baptize in the same mode, but we have much more in common. We don’t have to always agree to live in accord.

Second, Biblical convictions are powerful. When a person determines the thing or things that are non-negotiable to that person it is a force to be reckoned with. Convictions help us to shake off the status quo and live a life of substance. It has been said that, “Strong convictions precede strong actions.” In a world full of choices, the ability to make a definitive decision is rare. Many people go with popular opinion or public consensus. Doss joined the Army, yet was a pacifist. This is like being a vegan barbeque pit master. How can these things coexist? Yet, Doss believed in a world where things were being blown apart, he could help put them back together. Convictions help us see how we can make a personal difference to the world.

It was in the Biblical conviction found in verses like Galatians 3:28, which says, “There is neither Jew nor Greek, there is neither slave nor free, there is no male and female, for you are all one in Christ Jesus”. That inspired a man named Martin Luther King to have a dream, which changed a nation. Many people today do not realize the radical implications of King’s conviction. It continues to throw a wake; convictions always do.

Finally, Biblical convictions are polarizing. If you show me a person of great conviction, I will show a person who will suffer for those convictions. In Hacksaw Ridge, Doss is misunderstood by his fellow soldiers. The ridicule began with verbal abuse, but quickly escalated to physical abuse. At one point, he was almost court-martialed for his convictions. People always react negatively to what they do not understand. If you are a person who intends to live out your convictions in a world where those convictions run contradictory to the norm, you will pay a price. Truthfully, the more certain you are about anything, the more opposition you will encounter. As our world continues to reject the belief in absolute truth. The sliding scale of truth called ‘relativism’, allows people to do just what they want to do. So, if you have historical biblical convictions about things like marriage, sanctity of life, or salvation, to name a few; you can count on being ridiculed and oppressed.

These great people of conviction, like Doss, choose to suffer for their convictions. But without him, 75 men would have died premature deaths at Hacksaw Ridge. Martin Luther King who has misunderstood in life and, arguably, in death, represented millions of Americans would still suffer injustice of inequality. What about Jesus? He was the holiest man to ever live, yet the world murdered him. However, in His sacrifice, those who call upon His name are saved. My point being, biblically inspired personal convictions give—life. Life for the person who holds the convictions and life for others. God honoring personal convictions are never selfish, but bring blessings to others. I encourage you to be a person of conviction. What Doss and others have taught us is that there are too many lives at stake for us to live conviction less lives. Let’s get to it!