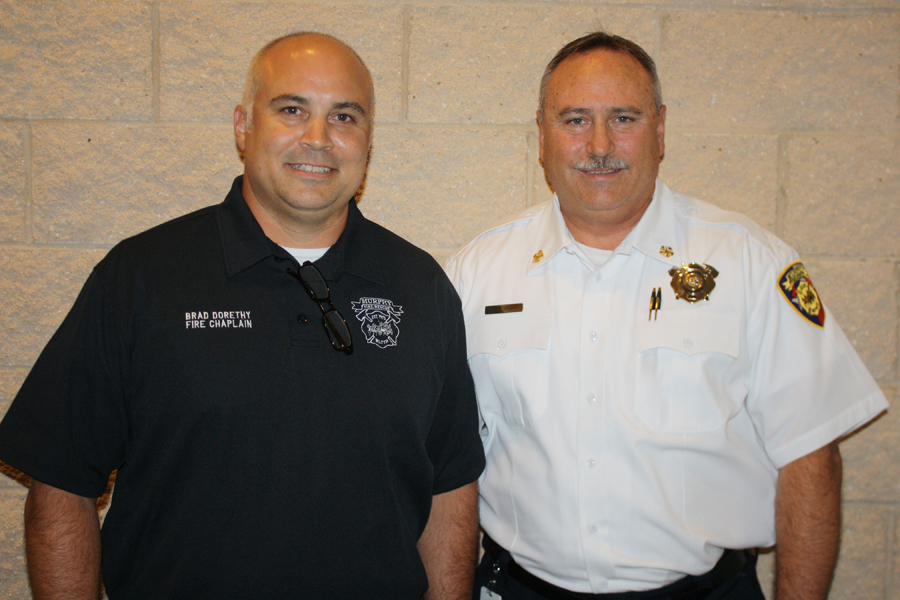 Having grown up in and around fire stations in his formative years, Brad Dorethy is no stranger to the inner workings of fire department and the physical and emotional demands that are placed on first responders.

That knowledge, combined with his role as a former pastor, proved to be the key combination of skills to earn him the new role of Murphy Fire Rescue Chaplain.

“His background, attitude, demeanor and vision for what he wants to do as a fire chaplain fits perfectly with our department,” the chief said.

With a father and grandfather who worked for the Dallas Fire Department, Brad learned from an early age the value of hard work, service and discipline. His dad Brian retired as a captain, and his grandfather Roy as a driver-engineer.

Brad did not, however, pursue fire fighting as a career. He is the chief operations officer of an IT consulting firm in Dallas and has a background in ministry. He has served as a youth and young adult pastor and as an associate and senior pastor. Brad and his family are members of New Hope Church in Wylie.

“My upbringing, background and ability to understand people helps to provide stability and strength to our men and women in uniform,” Brad said. “I have a special ability to build relationships, create openness and transparency, and inspire others toward mental and emotional health. I have a deep appreciation for the fire service, and understand the value provided to our communities.”