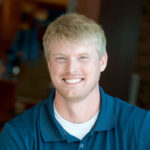 A story was once told about a father and two sons. The eldest was great in every way and would have made any father proud. If told today this eldest son would have been the football captain, valedictorian, and youth group leader. The younger son was just the opposite. He was disrespectful, ungrateful, and saw his father as a resource not a relationship. We’re familiar with the type; smart-mouthed punks who think the rules don’t apply.

The punk tells his father to give him the cash so he can make a life of his own. Unimaginably, the father honors the wish and the son heads off to seek life’s pleasures. Feel the heartache of the father as his son looks him squarely in the face and says, “I don’t want you or a relationship; just give me the cash and I’m out of here!”

Sure enough the son heads out and life is just how he planned it….for a season. After spending the money on women and booze he finds himself broke, hungry, and lonely. Anyone with a strong moral compass has a little satisfaction at the son’s plight after his actions toward the father. But just when the story seems complete it takes an unusual turn.

While sitting amongst pigs the son comes to his senses and realizes that even a hired-hand in his father’s house has a better life. The son swallows his pride and resolves to beg his father for a position on the farm. He could never be a son again but his basic needs would be met in exchange for his service. He begins the journey home while reciting the plea of mercy he’d give his father. As he nears home the unthinkable occurs. His father is waiting for him at the edge of town as an act of faithful love. The father’s love was so great he ventured out daily for months maybe years in the hopes of seeing his son returning in the distance.

Rather than shame and rejection, the son experiences forgiveness and restoration. The father isn’t interested in the son’s plea for mercy but decides to throw a party. Everyone is excited except the older brother. He’s not interested in throwing a party for someone who’s disgraced the family and caused so much pain. The older is so infuriated he can’t even call him brother but refers to him as “this other son of yours.” The father pleads with the older to join the party but as far as we know he never does.

Many sermons have been given on Luke 15 and the parable of the lost son but it’s unfortunate the older brother is often forgotten. Jesus was sharing this story with the religious leaders of the day in response to why he spent so much time hanging out with people who drank too much and used colorful language. The younger son’s journey of hitting rock bottom and returning to the father taught him the power of unconditional love which the father doesn’t force but makes available to all. The younger son accepted the father’s love while the older son remained unwilling. In the end the older son wasn’t motivated by love but duty. He couldn’t accept his father’s actions because he’d “slaved” for the father and not received a celebration like the younger (Luke 15:29). The older son’s loyalty demanded the father’s love not the other way around. It’s hard to understand grace when we think we don’t need it.

We must be on guard against the older brother that remains in us all. When we consistently read the Bible and do some nice things it’s easy to feel like God should be good to us in exchange. When we see others who aren’t as good being blessed we can find ourselves asking God why? We must remember like all we’ve fallen short of God’s perfection and need grace as much as anyone. We think we’re wise but who are we to judge the actions of our all-knowing Lord? He’s chosen to love us all unconditionally; all we do is return to our Father like the younger son. Whether we’re in the pigpen today or slaving away trying to earn God’s favor, my prayer is that we’ll embrace the unconditional love of the Father. It’s the Father’s love that changes us and compels us to live in a radically new way.