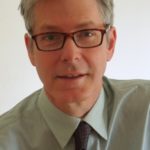 Director of Member Services for the Texas Press Association

AUSTIN — Gov. Greg Abbott on June 6 announced a special session of the Texas Legislature to begin on July 18 to address issues that went unresolved during the contentious 140-day regular session that ended May 29.

Abbott explained why he thinks it necessary to order lawmakers back to Austin. “Considering all the successes of the 85th legislative session, we should not be where we are today,” he said. “A special session was entirely avoidable and there was plenty of time for the legislature to forge compromises to avoid the time and taxpayer expense of a special session. As governor, if I am going to call a special session, I intend to make it count,” he added.

Special session agenda items Abbott named for lawmakers to address will begin with sunset legislation — bills on the continuation or abolishment of certain state agencies, including the Texas Medical Board.

Once the sunset legislation meets the governor’s expectations, he said, the rest of the items on lawmakers’ to-do list would be as follows:

– Caps on state and local spending;

– Preventing cities from regulating what property owners do with trees on private land;

– Cracking down on mail-in ballot fraud; and

Lt. Gov. Dan Patrick, who presides over the Senate, reacted to the governor’s announcement with a Twitter social media posting: “The people of Texas have a right to expect that we will finish the job on these critical issues.”

House Speaker Joe Straus did not react, but during the regular session he and Patrick disagreed over the so-called “bathroom bill” addressing the treatment of transgender students and property tax reform. Both items are on the special session call, with the bathroom bill referred to as “privacy.”

Texas Attorney General Ken Paxton on June 6 announced his support of the Environmental Protection Agency’s decision to give states more time to comply with the National Ambient Air Quality Standard, an ozone regulation issued in 2015. Texas has a pending lawsuit contesting the rule.

EPA Administrator Scott Pruitt sent a letter to governors informing them that the Clean Air Act enforcing federal agency is extending the deadline for promulgating initial area designations for the standards by one year.

Since 1980, wrote Pruitt, total emissions of the six principal air pollutants have dropped by 63 percent and ozone levels have declined by 33 percent. Despite the continued improvement of air quality, costs associated with compliance of the ozone NAAQS have significantly increased.

“Texas has continually reduced ambient ozone concentrations in the state without stifling the growth of Texas’s industry or population, and looks forward to continuing efforts to improve air quality while bolstering the Texas economy,” Paxton said.

Allocations are based on sales made in April by businesses that report tax monthly.

The Texas Division of Emergency Management on June 5 brought together personnel from more than two dozen state and federal agencies at the Texas State Operations Center in Austin for a weeklong hurricane exercise.

Dubbed Hurricane Charlie, the exercise was conducted “to bolster our preparedness efforts for this year’s hurricane season,” said Nim Kidd, chief of the division. “Early preparation is critical to saving lives when a hurricane or severe weather occurs, so we are asking the public to do just that — get ready now.”