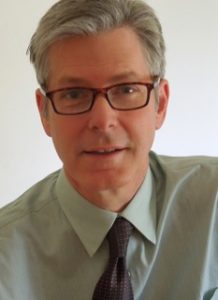 Member services director for the Texas Press Association. His column is a weekly aggregation of news about the state’s government.

AUSTIN — State lawmakers worked through rapidly shrinking lists of bills as daily procedural deadlines took effect in the final days of the 140-day, 85th regular session of the Texas Legislature.

Party and regional divisions augmented by parliamentary actions caused the 150-member House to move in fits and starts, in contrast to the collegial, comparatively rhythmic but no less partisan 31-member Senate. Despite differences in the conduct of the two bodies, all 181 members of the Legislature had to contend with the wills and priorities of the governor, lieutenant governor, House speaker and committee chairs, whose priorities were not always aligned with the wants and needs of constituents or with those of major donors who directly or indirectly invested in election campaigns. The session was a tough one due to those concerns, coupled with revenue issues, the turnover of power in Washington, D.C., pending federal court challenges, pressures tied to a rapidly growing population, big and small business interests, and a mix of ethnic, religious and social mindsets layered on an infrastructure in need of repairs and improvements.

Unfinished business could be taken up in a special session this summer, should Gov. Greg Abbott decide to call lawmakers back to Austin for any reason.

Gov. Abbott’s priorities for the Legislature, identified at the beginning of the legislative session, included:

– A ban on sanctuary cities;

– A ban on sanctuary cities;

– Criminal penalties on purchase or sale of fetal tissue and a ban on partial-birth abortions;

– Spending cap to force government to operate with its means; and

Speaker Joe Straus started the session by putting emphasis on the Legislature’s main and only constitutionally required task, crafting the state budget for 2018-2019. He cited the findings of an interim study in his call for House members to direct more resources to public education, child protection and mental health, and to limit a state spending increase to less than 1 percent over the 2016-2017 state budget.

On May 25, a Senate Bill 1 conference committee led by Senate Finance Chair Jane Nelson, R-Flower Mound, and House Appropriations Chair John Zerwas, R-Richmond, compromised on a budget to be voted on over the Memorial Day weekend by the full House and full Senate. Nelson called SB 1 “a responsible budget that keeps Texas moving in the right direction” and one that “prioritizes education, addresses transportation, secures our border and strengthens protections for abused and neglected children.”

SB 1, as concurred upon by the committee, includes $990 million from the Economic Stabilization “Rainy Day” Fund for local grants, state hospitals, capital needs and other one-time expenditures. In all funds, the budget appropriates $216.75 billion, an increase of $352 million (0.16 percent) from the current 2016-2017 state budget.

SB 1, as proposed and concurred upon, appears to satisfy the wishes of the governor, lieutenant governor and speaker. Whether it would be approved by the full House and Senate remained in question at press time before Memorial Day weekend.

Gov. Abbott had signed 80 bills into law by May 26, three days before the closing gavel of the regular legislative session. A bill passed by both houses can become law with or without his signature, but he has until June 18 to veto any legislation that crosses his desk.

Examples of bills Abbott has signed so far:

– HB 89, prohibiting the state from entering contracts with and investing in companies that boycott Israel, by Phil King, R-Weatherford, with Senate sponsor Brandon Creighton, R-Conroe;

– HB 455, allowing a property owner to participate by telephone at a protest hearing by an appraisal review board, by Will Metcalf, R-Conroe, with Senate sponsor Robert Nichols, R-Jacksonville;

– HB 1001, requiring the recording of minutes for a local canvassing authority, by Celia Israel, D-Austin, with Senate sponsor Judith Zaffirini, D-Laredo; and

– SB 550, relating to the sale or assignment of tax credits for the certified rehabilitation of certified historic structures, by Donna Campbell, R-New Braunfels with Senate sponsor Zaffirini.

To keep up with this column weekly subscribe to The Wylie News at https://www.etypeservices.com/Murphy%20MonitorID247/default.aspx.