Local youth get a feel for pioneer life 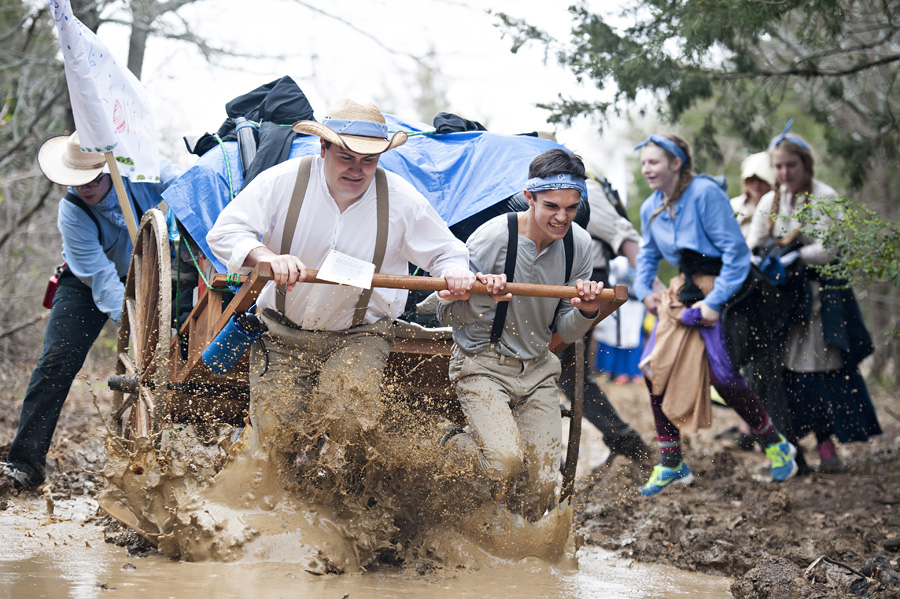 Local youth got a taste of life in pioneer times last week when they walked 10 miles during a historical reenactment of the early pioneers trek across the plains.

The event, sponsored by the Richardson Texas Stake of The Church of Jesus Christ of Latter-day Saints, was organized to give youth a chance to see what it was like to travel from the East Coast to the West Coast to escape religious persecution.

Due to the rain storms that passed through the region last week, their planned 20 to 25 mile trek turned into 10 miles.

Participants from grade 9-12 were separated into groups called “families” for the trek. Wearing garb fashioned like those during that period of time, they made their way through trails at Lake Ray Roberts State Park.

“We had about 200 youth from the surrounding area,” Carrie McMurdie said. “The hope was that our youth would gain a greater appreciation for the things they have and are blessed with, the modern conveniences.”

15 year-old participant Madison Harbison said the event is held about every four years.

“I was kind of dreading it at first because it is a long way to walk,” she said. “But I really enjoyed every minute of it.”

Madison said she learned a lot from the experience about what pioneers went through to travel such distances, including the struggle to keep their items in the handcart as they pulled it along.

“At one point things just continued to fall out of my cart,” she said. “After my “family” had helped me pick everything up for the fourth time we said a little prayer and after that not one thing fell out. I truly believe it was because we decided to say that prayer.” 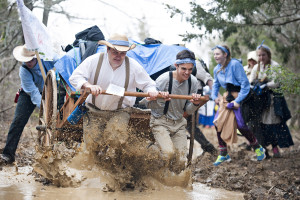 Pioneer trek participants pushed through rain and muddy waters as they reenacted a 10 mile trek from many years ago. The youth pioneers pushed approximately 500 pounds on a hand cart as they traveled the trails at Lake Ray Roberts State Park. Pictured, from left, are Carlos Garza, Joe Muir, Ryan Rigby, Breanna Taylor and Sarah Porter.