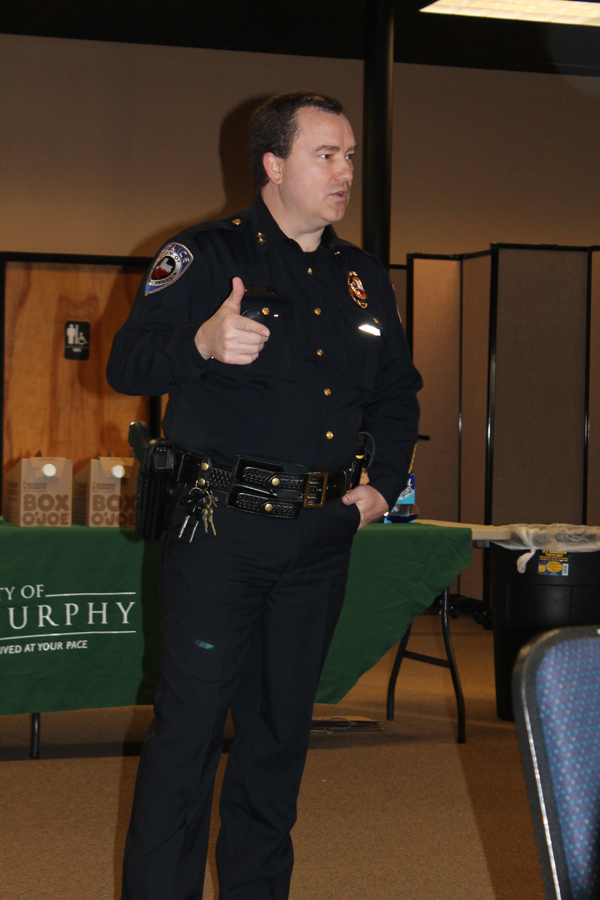 The event was held Tuesday, Jan. 12, at Murphy Activity Center. The main topic covered by Cotten was the new Open Carry Law in Texas, but he answered some traffic questions and gave a few tips for safety.

“I am very honored to be the police chief for the city of Murphy,” the chief declared.

Cotten was hired as police chief in September. His career includes 12 years as a motorcycle officer, 22 years as a police officer in Richardson and 2.5 years as a campus officer at the University of Oklahoma.

The open carry law took effect on Jan. 1 and joins the concealed law that has been in effect in Texas for 20 years. Under open carry, a gun owner can obtain a License to Carry certificate and wear a handgun on a belt holster or in a shoulder holster.

Texas residents who already held a Concealed Handgun License are grandfathered under the new law and may carry a handgun openly. The former CHL will serve as an LTC license and new licenses will reflect the open carry law and be identified as LTC.

With the new open carry law comes new requirements for notification if handguns are to be prohibited at any location not specifically covered by the law. For example, a business that wants to bar handguns on its premises will have to post two notification signs, one prohibiting concealed handguns and another prohibiting openly carried handguns. And, the signs must be in English and Spanish, as well as meet state mandated appearance requirements.

“These two laws have nothing to do with long guns,” Cotten said. “Individuals who wish to carry rifles and shotguns can do so.” 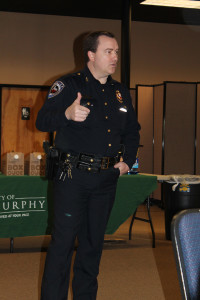