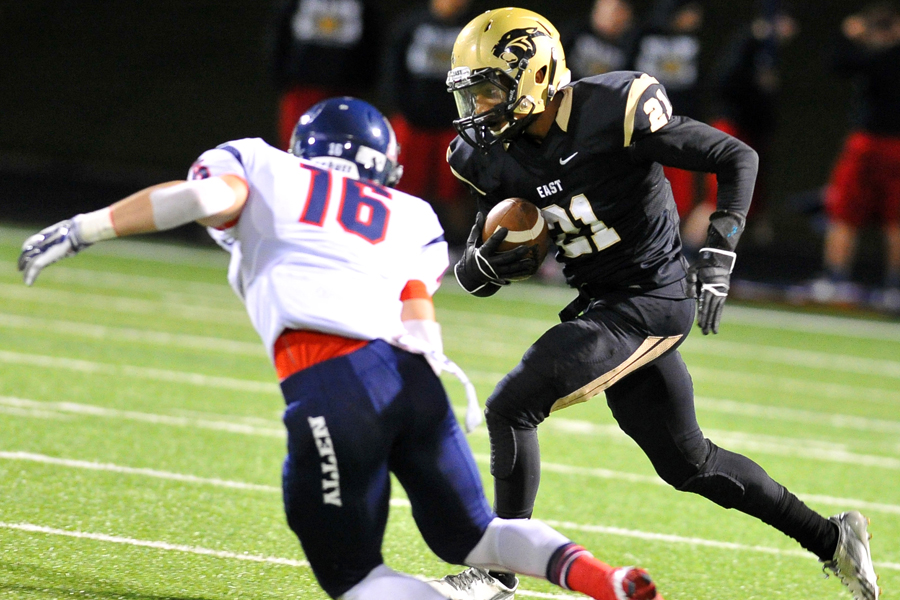 Zadok Wilson should play an important role in his teams' upcoming season.

PLANO — When Plano East hits the practice field Monday, the players will go through the regular routine of stretching and warming up before working on game preparation.

When the latter occurs, the team will look at rehashing and improving the offensive and defensive schemes. However, particular emphasis will be paid on the third part of the game, and often the most crucial: special teams.

“We are going to make sure where we needed to be,” head coach Joey McCullough said. “The one thing we are a little bit behind on is special teams, because we’ve got a new special teams coordinator in Gary Don Moore.”

Moore comes over from Plano West, with McCullough noting he is the son of legendary Texas high school coach G.A. Moore; he retired a few years ago with the most wins in Lone Star State high school football.

“(Gary Don) is going to bring a lot of knowledge to our special teams,” McCullough said. “We’ve got most of it put in during the spring. We’re going to spend 20-30 minutes of special teams (each) day.”

Like with other aspects of the game, the focus will be getting ready for the 2015 season, which kicks off Aug. 28 against Lake Highlands at Kimbrough Stadium. That’ll be the first of two non-district contests — the other being Sept. 4 at Kimbrough against Jesuit — before the District 6-6A season starts Friday, Sept. 11 at Flower Mound.

Before kicking off the regular season, the Panthers will travel to Arlington Bowie for an Aug. 21 scrimmage.

When not working on special teams, McCullough said practices will emphasize the pace of East’s offense and refining the 4-3 scheme PESH plans to run this fall.

“Really, it’s going back and getting caught up to speed,” the coach said. “Tempo more than anything.”