Women’s group sews for a good cause 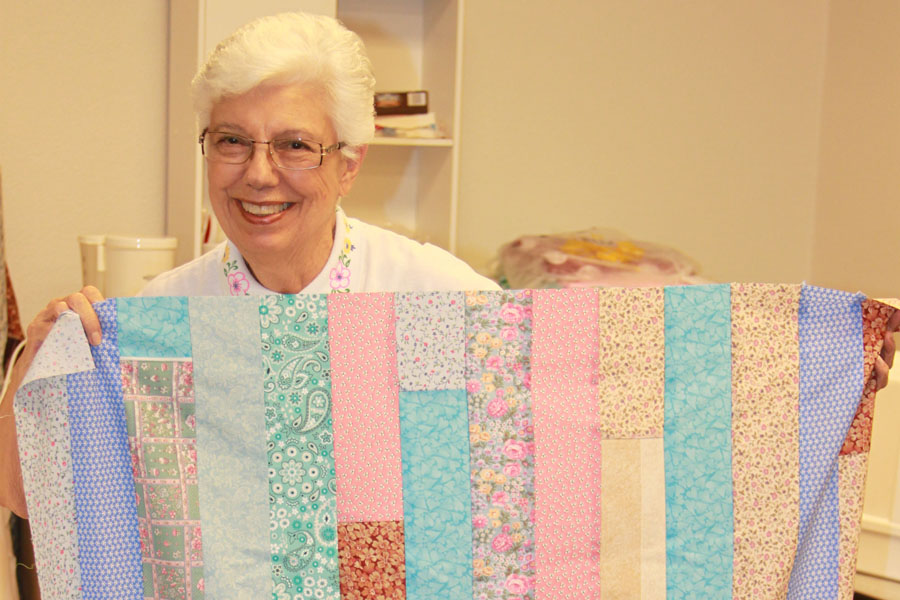 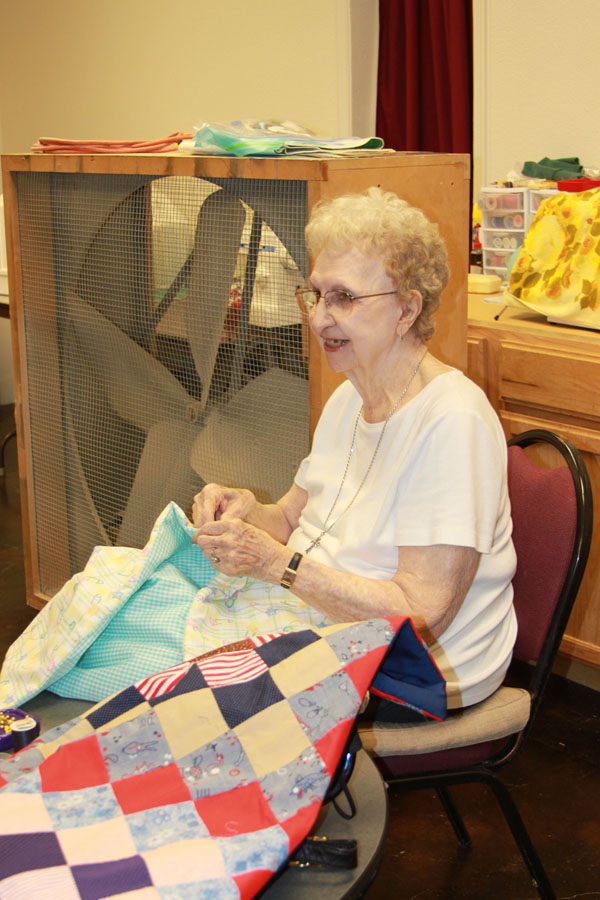 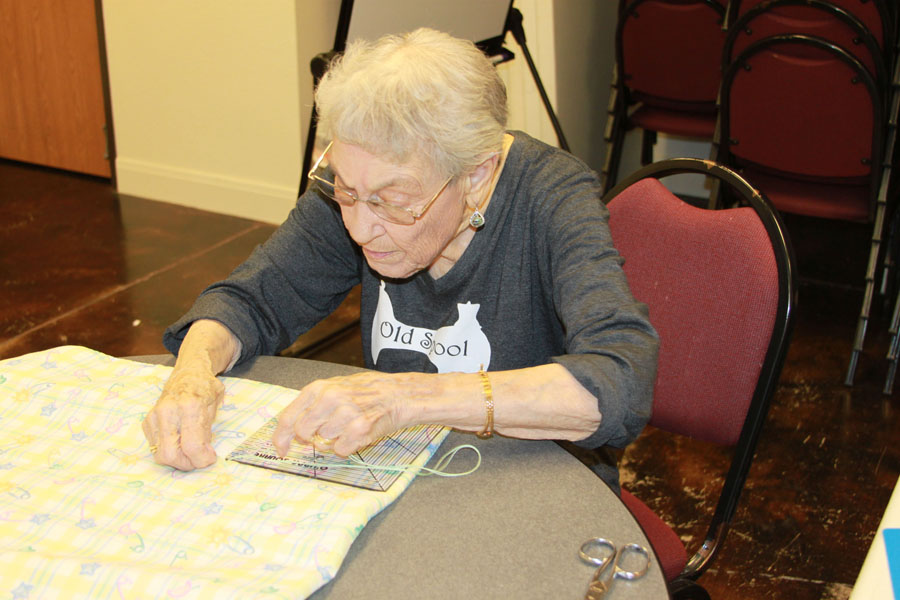 Every Tuesday, tucked in a classroom of Faith Lutheran Church in Wylie, a small group of women meet to make handcrafted lap blankets to give to nursing home residents. Over the past five years, the dedicated ladies, who call themselves the Sew and Sow group, estimate they have given away over 300 blankets.

The blankets are delivered to area nursing homes such as Winters Park, Garnet Hill, Founders Plaza, and Hillcrest. The group has also donated blankets to Children’s Advocacy Center in Plano and the VA in Bonham.

The group started five to six years ago when, after relocating to Texas with her husband, Ruth Perry wanted to get involved in Wylie life. At church, Perry said she met a woman who liked to sew so she suggested they start a sewing group and make lap robes. Perry wanted the other woman be in charge and said she could just help her. They agreed, but the other woman never showed up. Somehow the Sew and Sow’s evolved with Perry, now 91, as the leader.

The core group of ladies consists of Perry, Anna Marie Sherrin, Beverly Bryan, Darlene Ingram and Mildred Melvin. “I couldn’t do it without Beverly, Anna Marie and Darlene, “ Perry said.

These women – mostly senior citizens themselves –with the exception of Ingram, have become good friends, spending three hours each week together. They cut, they sew, they talk and they tie the blankets. The ties are in place of quilting. “We don’t quilt them anymore, we tie them,” Perry said. The average size of a lap blanket is 42” X 45,” though according to her, some blankets are smaller depending on the size of the person. Perry measures and moves around the table carefully sewing the ties. Sherrin turns the seams. Bryan stands at a table cutting, then sewing on the machine or doing whatever needs to be done.

The group is in need of a few more hands. “We usually have five people,” Perry said. More hands would mean more lap blankets could be produced to give away. The skill set does not necessarily require sewing ability. This group isn’t picky. “If you can’t help sew, you can cut out,” they all said. One former member, even with macular degeneration, would help iron the blankets and feel for pins and pull them out.

The church classroom is stocked with fabric and a lot of scraps (they are trying to use those up.) They need donations of solid fabric for the opposing side of the blankets. “We do buy some solid colors because most of the donated fabric is print,” Bryan said. Their biggest expense is buying big rolls of batting. “That’s what sets us back” Sherrin said.

The ladies have about 50 blankets on hand right now. “By the time we get ready to give away, we have around 100 – if we get some help,” Perry said. The ladies will wait to make a donation again after the weather turns cooler, then they’ll make stops at several facilities. “We do ask that we get to pass them out when we go to the nursing homes,” Bryan said. The facilities usually direct the ladies to the person(s) that needs them the most. Sherrin said one man was so happy when he was handed his own personal lap blanket saying “Is this really for me?”