Moving forward to preserve the past 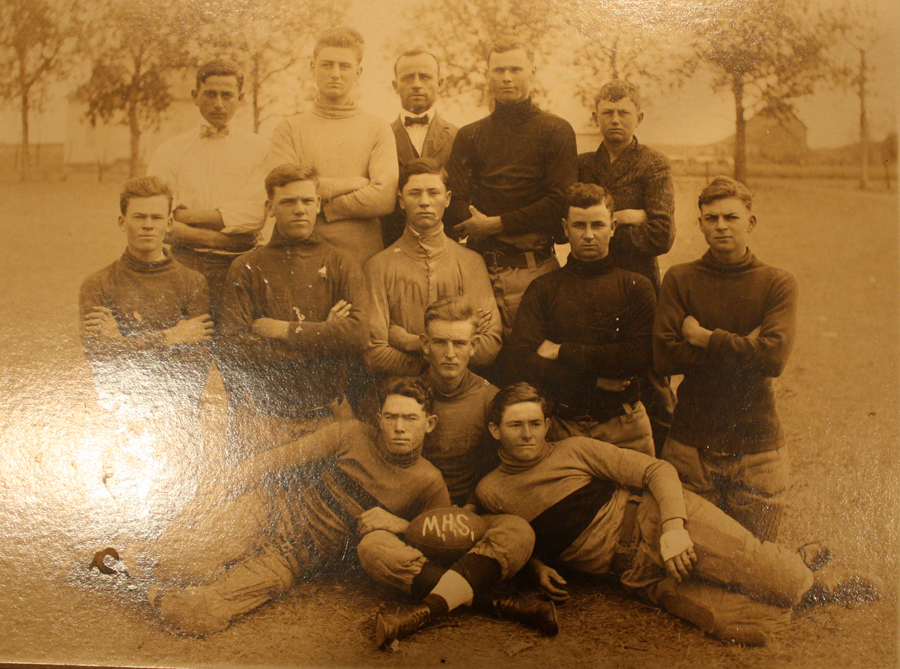 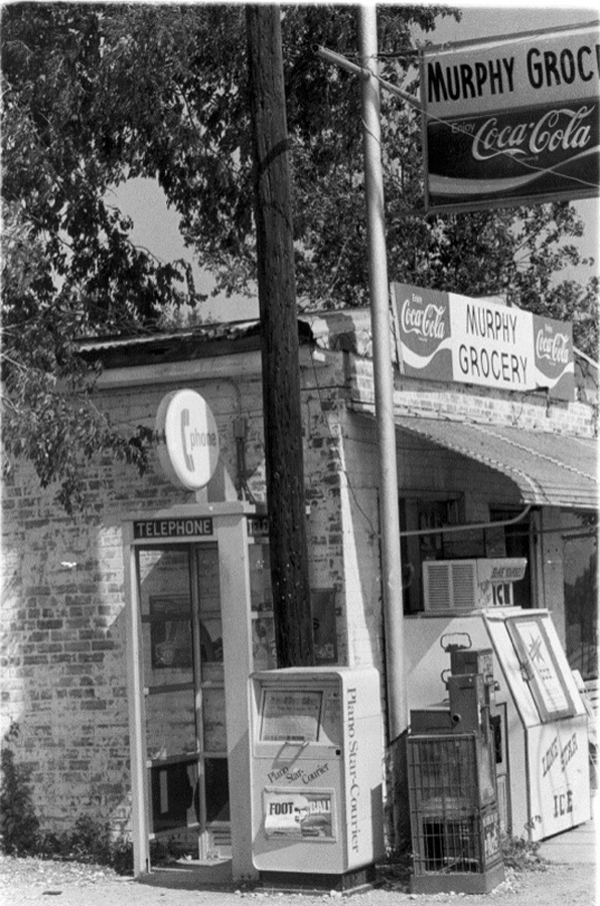 View of the Murphy Grocery store. 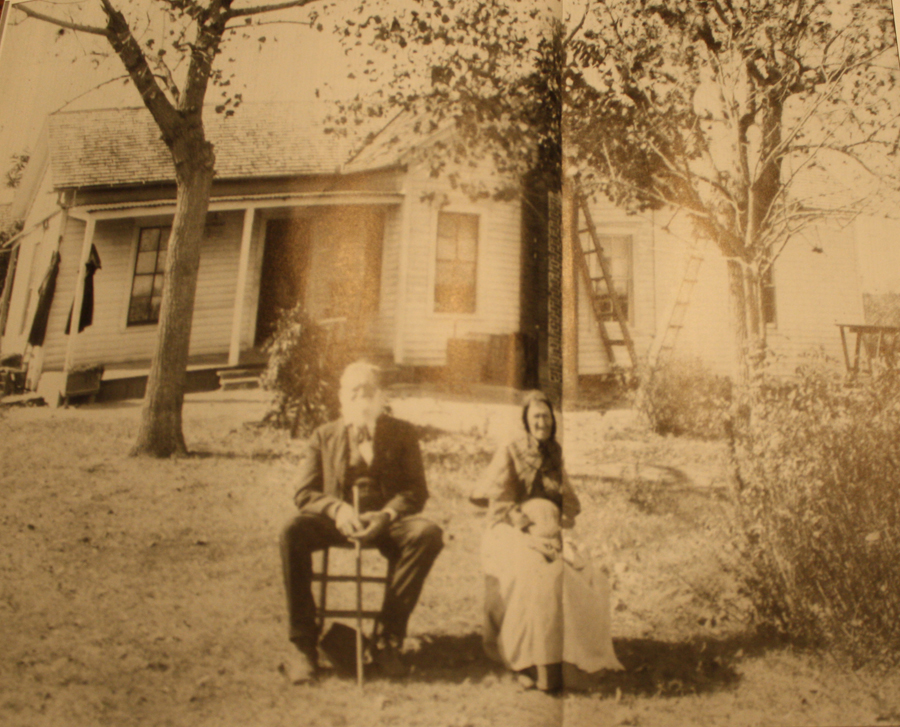 Comfort Allen McMillen and Lydia Maxwell McMillen at their home in Murphy. The homestead was located at Murphy Road and Besty Lane, near the present day Southfork Animal Hospital. 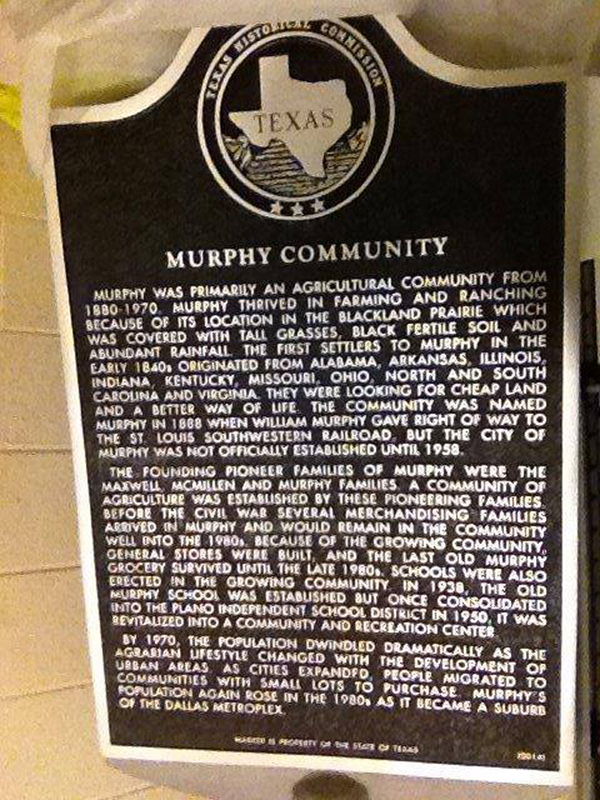 Historical for the city of Murphy found outside the city hall.

The Murphy Historical Society is doing their part in making sure the past doesn’t go unnoticed.

“It’s very important to know where we have come from, that way we will know where we are going,” Donna Jenkins, of the Murphy Historical Society said. “The past is just as important as the present and the future. We need to preserve what is left, so the future residents will have a good understanding of what the past holds.”

The 18-person society was founded in 2011 with the purpose of preserving the towns’ history.

“We have entered our fourth year and it is very important to see how we can reach the younger audience and get them involved,” Jenkins said.

They currently house their historical information and pictures at the city hall.

With the expansion of historical artifacts, the society has been gifted the Southfork Animal Clinic building from Dr. Lorraine Chalkey to be used as a museum.

“The house that is currently there is on cedar blocks. It could be moved fairly easy,” Jenkins said. “The building is historical in itself since it’s 50 years old. It would have to be moved to some place within the city because we don’t own any land. Sachse has a museum where all their stuff is housed. I would like to have something like that in Murphy. I don’t really know if the citizens would be for spending tax money on something like that. We’ve had people tell us that once you have a place they will donate articles and artifacts.”

The clinic plans to move to a new building on a lot across from the Montessori School off Betsy Lane in one to three years.

After moving out, the society would be responsible for all moving costs, including preparations and permits.

From there, they would be responsible for securing a location and remodeling it to suit the needs of the society’s museum.

Pulling off the process would require them to work with the city manager, city council, Economic Development group and Parks and Recreation to determine the feasibility, location, timing and funding.

The feasibility study would be used to determine if the museum is desirable or even doable.

With a possible museum in the future, the group is in the process of applying for a grant of $1,000 from the Rescuing Texas Mini-grant 2015 to digitize part of their collection of the James M. Black, Andrew Murphy and Max and W.O. Daniel families.

“The portal would allow the citizens to learn about the towns history,” Jenkins said. “As far as the kids go they would be able to learn about where things started. It would be a good thing for the town.”

If selected, the photos would be scanned at the University of North Texas at Denton and hosted on the Portal for Texas History, which contains over 623,000 items.

The portal can be found at http://texashisotry.unt.edu.

The society currently has two dedicated markers at William Murphy and the Old Murphy Depot.

The group previously inherited the Murphy Family Cemetery and the Herring-Hogge Cemetery.

“The city would mow the grass occasionally because it would become an eyesore. We applied to the Collin County Historical Society for a grant and received an $8,000 grant from the city and Collin County ($4,000 each) to renovate, clean tombstones, put them back together and set them up,” Jenkins said about the Murphy Family Cemetery.

Just a few are as follows: write books on the Murphy Family and Herring-Hogge Cemetery, apply for additional Collin County Historical markers (for example the Dublin School and old Murphy gin), continue to place Murphy sites on the Historical Assets Survey, plan a walking tour of historical Murphy, write a history of Murphy schools, plan a cemetery tour of Murphy’s historical cemeteries, participate in the tribute to Collin McKinney in 2016, secure a place for our photographs and artifacts and continue interviews for oral history projects.

For more information on the Murphy Historical Society contact (Donna) Jenkins at [email protected] or on Facebook at www.facebook.com/pages/Murphy-Historical-Society/610259362428068?fref=ts.