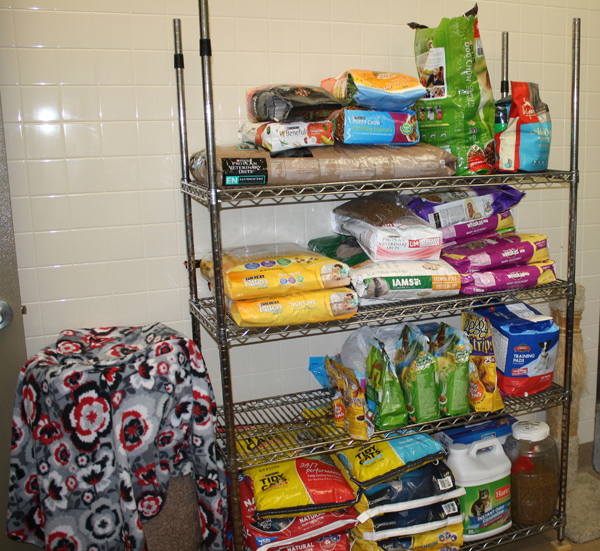 The shelter opened its doors back on Oct. 25, 2014, after the city approved the funds in February of the same year.

“Having the new building has brought more awareness to the fact that we have a shelter,” city of Murphy Animal Control Officer Tammy Drake said. “The support that we have got from the community in the form of donations has been great. When people come in they feel like they are visiting a real shelter and that is nice to have.”

Prior to construction, talks of building a new shelter began in 2011 between the staff, in public meetings, and a joint workshop between the city council and the Shelter Advisory Board.

The shelter replaced the original building that was built in 2000 by the public works department and measured at a mere 800 square feet.

The current facility is 2,080-square-feet and can hold multiple animals and offers a variety of amenities that the other building didn’t.

“It has been great, we have so much more space,” Drake said. “Everything that we now have at our disposal is great. It is just great to have.”

The previous shelter, located within a short walk from the new one, is currently being used as a storage facility.

“It has been great having the new shelter. We more that doubled our space, which has helped so much,” city of Murphy Support Services Manager said. “We can know service more animals and don’t have to worry about not having enough space.”

At the back of the shelter there is a separate entrance for those wanting to surrender an animal or animals, and the front entrance is for the adoption services and any other questions that may need to be answered.

Even with all the new additions, the biggest difference is the amount of space the new building offers.

“We aren’t trying to work in confined areas anymore, that is great,” Drake said. “The dogs have more room to run, which helps them from going stir crazy. The biggest difference is we are able to care for more animals, instead of having to double up and triple up animals, and figure out what we are going to do with them.”
The shelter services Murphy and neighboring Parker.

With the rain in previous months the amount of animals in the shelter rose.

Even though they had more animals come in, that didn’t last long as the owners found them and picked them up.

Being in the heart of the summer months the amount of cats that have come through the shelter has grown.

The shelter is under the supervision of the police department, with Animal Control Officers Drake and Terry Dominquez running day-to-day operations of the building.

“They have been great. We are very lucky to have them,” Drake said.

There is a need for more volunteers.

“We started the (volunteering program) about the middle of last year, but are still trying to grow it. Right now we have three to four volunteers that help out,” Parker said. “We hope to build on that as we go forward.”

They would like to have enough volunteers so they can have help with answering phones and helping customers that walk in.

“We have posted the information to the city website. I think as time goes on we will have more volunteers,” Parker said.

The shelter is closed Sunday.