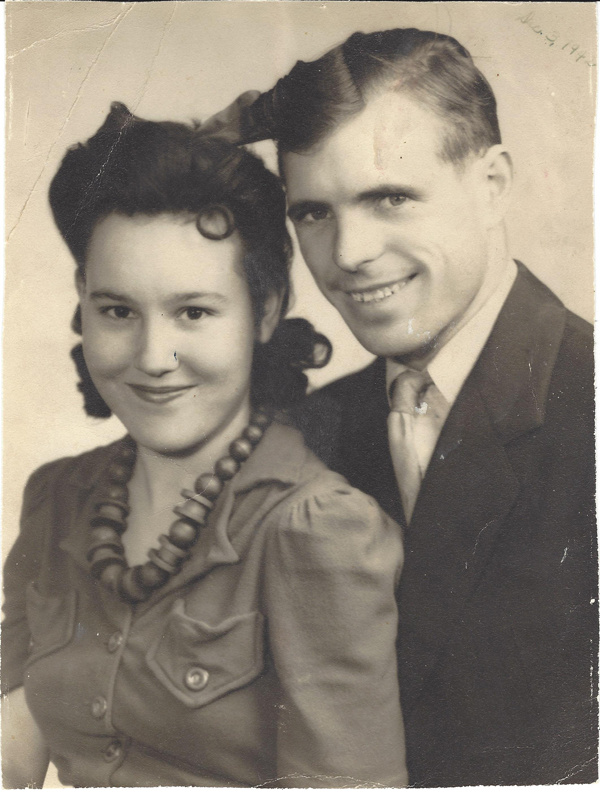 A marriage set for the grand stage 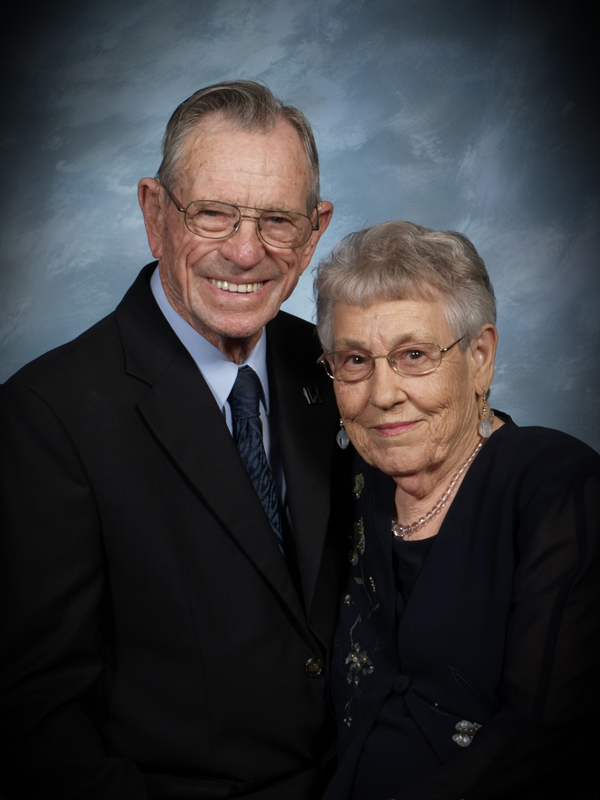 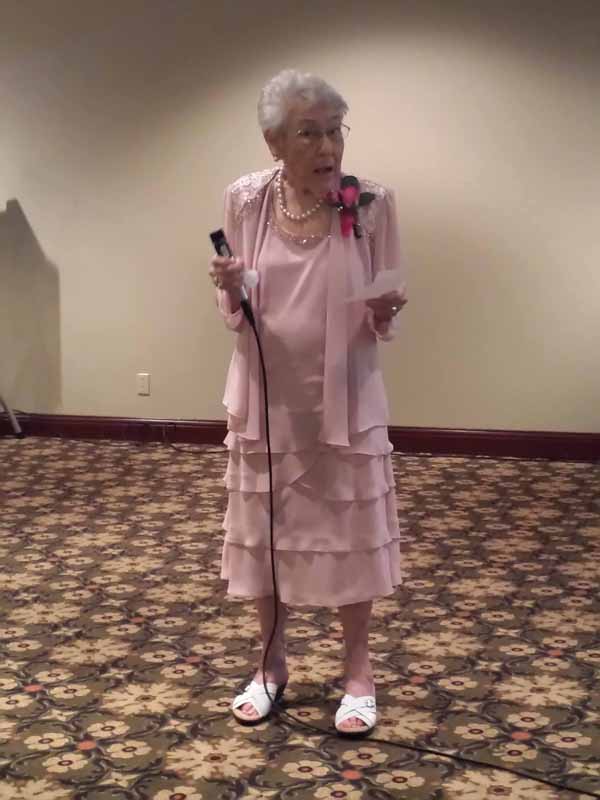 Ruth Perry got up in front of the crowd at their 75th anniversary party with the microphone and thanked everyone for coming and introduced all the family. Family and friends attended the event June 6 at Southfork traveling from all over the U.S. 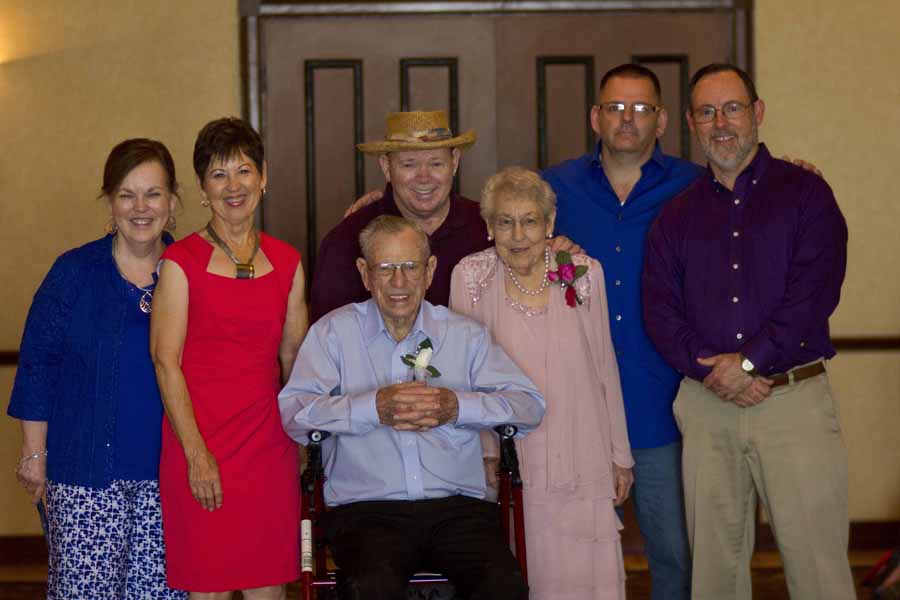 To an outsider, Jim and Ruth Perry’s wedding ceremony might sound more like something that would happen in Las Vegas today not 75 years ago in Lovington, NM. The couple, married onstage in a double wedding, had not necessarily started out with those intentions, but their unique beginning in 1940 continues, decades and many family members later, with memories still being made.

According to their son, Gary Perry, his parents were one of three couples in a planned triple wedding June 12, 1940. In line to get their marriage licenses, one couple dropped out as the bride was too young. The plan was to go out onto the courthouse grounds, along with a few friends and family and Brother Dowell, their preacher, and have a simple ceremony. Someone approached Jim and Ruth and asked if they would like to be married on stage that night at the Mesa Theater, which was premiering a new movie, “The Doctor Takes a Wife” starring Loretta Young and Ray Milland. They were promised $50 and gifts from local merchants. When the couple disclosed that they were having a double wedding with J. T. Owen and Jewel Warren, the offer was changed to $37.50 per couple. Being adventuresome, and thinking of all they could do with that much money (hamburgers were a nickel!), they accepted (That’s the equivalent of about $6,000 today).

Well, the rest is history. Ruth said four of their kids were born in New Mexico and in 1953 they moved to Midland. They adopted their youngest son Jeffrey in the late 60s.

Ruth said they rarely fought. Having grown up in a house where her parents argued a lot, Ruth told Jim if they had something that needed to be discussed, she wanted it to wait until they put the kids to bed so they would not hear.

“By the time the kids were asleep or we were alone, we’d forget what we were arguing about,” Ruth said.

Jim served in WWII in Army Ordinance according to Ruth, going to the South Pacific in 1943. When he left she said they had two children and one on the way.

Upon Jim’s return from the war, he worked at a tire shop in NM for a couple of years before getting hired by Philips Petroleum. The job took them to Midland in 1953, where Jim continued his 31-year career with the company.

Ruth stayed busy raising the kids until Noni went to college, then she decided with two kids in college they could use some help. She became a bank teller at First National Bank where she worked until she and Jim retired together.

They moved to Colorado to be near their daughter Libby and spent their retirement days, gardening, fishing and more she said.

Eight years ago Ruth and Jim moved back to Texas after their son Gary, concerned about their health, offered to build them a house on his Wylie property.

“We did build them a house just next to ours – we call it “assisted living,” Gary said. “Nonie lives nearby, in Rowlett, and helps all the time.”

Sister Libby still lives in Colorado, brother Jimmy is in Oklahoma and brother Jeff lives in Kentucky. Gary said they visit as often as possible and help in any way they can from farther away.

Even though the couple doesn’t drive anymore they are busy. They rely on their children and grandchildren to get them places. Ruth said they often attend ball games, karate, dance, and soccer events of the great grandchildren. In addition, they visit the Senior Center to play cards three times a week.

Jim and Ruth are active in their church, Faith Lutheran Wylie, where Ruth helped form the Sew and Sow group a few years ago. The group meets Tuesdays to make lap blankets to give to senior citizens in need.

To celebrate the anniversary of their union, a cast of about 160 family and friends attended a big party at Southfork Ranch June 6. The kids honored their parents giving them the wedding reception they never had complete with a tiered wedding cake and a groom’s cake.

“It was a joyous occasion and a celebration of two great lives,” Gary said. “Remembrances were shared, cake eaten, photos shown and an album of best wishes (with new photos) made.”